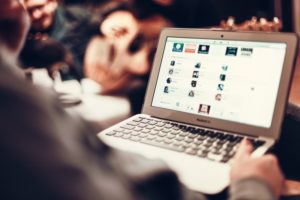 June 30, 2016 Posted in Privacy News by Australian VPN • No Comments

It has been estimated by Department of the Prime Minister and Cabinet that 90% of all Australians will be connected to the Internet by 2017, and that the average Australian household will have a whopping 24 connected devices by 2019. Two out of three Australians already have social media accounts, and Aussies tend to spend at least one day online every week. 84% of all small and medium businesses in Australia have an online presence and half of them receive payments online.

These statistics are what has forced the Government to come up with its Cyber Security Strategy, which is a major leap over the last one that was released in 2009. The Government plans to sink in a massive A$230 million into the effort, and believes it to be worth it – cyber-attacks cost the nation A$1 billion every year.

This is only the official figure – the actual costs could be much more, given that businesses don’t report attacks on their systems fearing loss of reputation. KMart and David Jones are two retailers who have admitted that their customers’ credit card information was stolen, and it is not businesses that are targeted – 20% of all private citizens have had their personal data stolen. Considering that Australia’s population is more than 24.3 million, this is alarming, to know that nearly 5 million have been affected.

In 2015, 1200 high-profile attacks were reported to the Australian Signals Directorate, 27% more than in 2014. This included the Royal Melbourne Hospital, and Government institutions like the Department of Parliamentary Services and the Bureau of Meteorology.

A VPN, or Virtual Private Network, can help protect you from hackers.

No one is safe. Everyone is at risk, as long as he/she connects to the internet. Banks are increasingly favoring fingerprint and face scanners over passwords, but even these are no deterrent to a determined hacker. The Government remains tight-lipped on exactly what security measures have been proposed under the new Cyber Security Strategy, but it does mention collaborating with international partners.

This would inevitably mean that data has to be shared, for which it would have to be collected in the first place. Most experts are unequivocal in their opinion that the Cyber Security Strategy also provides for counterattacks, which might entail real-time monitoring of internet traffic.

In other words, Big Brother is watching everything that you do online. Stay safe with a VPN.