The Biggest Security Breaches Of 2016 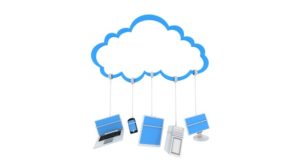 January 2, 2017 Posted in Privacy News by Australian VPN • No Comments

If you thought your free anti-virus is enough to protect your data from cyber criminals, be warned. Here’s a list of five security breaches that rocked the cyber space in 2016.

The 2015 San Bernardino attack triggered a face-off between two unlikely opponents – the FBI and Apple. The FBI compelled Apple to unlock an iPhone used by one of the attackers, which Apple refused to do. The company stated it cannot crack the encryption of its own phone. Plus, it wasn’t willing to put the security and privacy of all its other users at risk by creating a backdoor. Due to the company’s non-cooperation, the FBI hired professional hackers to unlock the shooter’s phone.

As if security breaches weren’t enough, now your data is being held for ransom. Ransomware is a malware that encrypts your files and holds it ransom till a payment is provided. Hard drives, documents, accounts, and files are all easy prey to ransomware. By August 2016, it was reported that nearly 50 percent of businesses in the US were victims of ransomware.

When an organization like the Internal Revenue Service (IRS) reports a security breach, it’s time to guard up. The IRS, in February, reported that tax information of over 700,000 Americans was compromised due to the hacking of its “Get Transcript” application. The application allowed taxpayers to view their yearly tax transcripts. The breach was believed to have been caused to help criminals file fraudulent tax returns using taxpayers’ information.

Yahoo! Got entangled in the hacking web not once, but twice. In September, the IT giant announced a 2014 security breach that compromised at least 500 million accounts. Email addresses, telephone numbers, passwords, and other vital information were stolen from its data servers. In December Yahoo! decided another shocker was due. It revealed an even bigger data breach from 2013, which affected over one billion accounts.

Possibly one of the worst breaches of government data occurred in March with the Philippe Commission on Elections (COMELEC). Hackers broke into the organization’s website and defaced it. Apparently, the hackers did this to warn the COMELEC to up the security on its voting machines that were to be used in the general elections in May.

In light of these, and many other serious data breaches, it is important to protect as much data as you can. Using a VPN will give you maximum protection against any hacking and keep your privacy intact.

A brief look at the biggest security breaches of 2016.