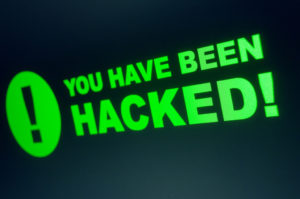 April 27, 2017 Posted in Privacy News by Australian VPN • No Comments

2016 was the year which recorded the highest number of cyber attacks across the web. Hackers managed to steal over 2 billion records from multiple targets which included the largest corporations over the world. To give you an idea on how bad it was last here, here is a rundown of the largest data breaches.

If the world’s most powerful organizations are vulnerable to cyber attacks, imagine how vigilant a user must be to protect themselves against hackers. One of the safest ways to protect yourself online is by using a VPN.

What is a VPN?

A VPN or a Virtual Private Network is a private network that allows its users to use the web safely. The users have to login into the VPN and the provider will give them access to different computers and networks which will encrypt their data. All data that is sent through a VPN is anonymous, making it inaccessible to hackers.

Why should you be using a VPN?

A VPN will protect attacks against the following:

How do choose the right VPN?

Any VPN that you use should support all the protocols as not every protocol provides the same amount of security. They need to have multiple servers in multiple locations so that your data is safe. On top of that, they should allow multiple connections and they shouldn’t throttle or restrict bandwidth. Also, make sure that they don’t provide logs.

Stay safe online with a VPN as you may never know when your account is compromised.