Internet-Connected Cars could be Stolen 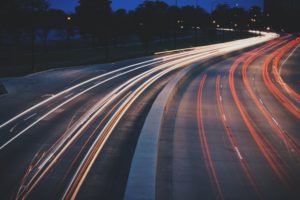 March 4, 2017 Posted in VPN Media by Australian VPN • No Comments

An entry portal into the Internet-connected car is created every time the driver accesses proprietary mobile apps. The coordinates of the car can be traced to analyse the course, take over engine control, activate auxiliary devices and open doors. These features are the selling point of new age cars where the operation control solely rests with the driver. In the hands of a miscreant, the problems caused is severe than just a case of auto theft.

Internet-connected cars are vulnerable to cyber-attacks

In the age of IoT, the threat of hacking is omnipresent. While the auto market progresses towards infusing more technology to make the cars smarter, this advancement is making such cars vulnerable to cyber-attacks.

Back in 2014, the NYC Police Department petitioned SirusXM telematics provider to track the installed software on a target vehicle, a Toyota 4 Runner, for 10 days. The company complied and activated the feature of vehicle recovery. This information was only recently disclosed to the public. A similar request was also made to Apple, to divulge customer information, which the company declined, publicly.

Another incident which shows the vulnerability of Internet-connected cars is an experiment conducted by a group of young Chinese hackers. They presented proof-of-concept that gaining access to a remote controlled Tesla car is possible.

Now that it’s understood that hacking into such cars is a reality and there are many instances which go on record to prove the same, staying protected must become the ultimate concern. In the next 3 years, the number of cars with Internet features will reach 75%. The access points are mobile apps through which hackers can intercept credentials used for car unlock and communication controls that activate ignition. The infotainment system is akin to open WiFi, with comparable vulnerability.

Apart from refraining to jailbreak the system of the car, close the side access points by switching to a VPN (Virtual Private Network) for connecting the devices in the car to the net. A VPN will ensure that anything riding on the information transmitted from the car is shut off from gaining access. VPNs encrypt all data transmitted and even if it were to get exposed, it would be gibberish without the decrypted code.

Technology is double edged, while its progress cannot be stopped, we must learn to accept and reevaluate our protection against the doors it opens!