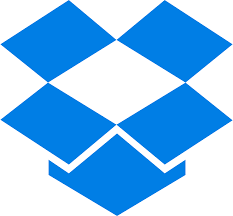 November 24, 2016 Posted in Privacy News by Australian VPN • No Comments

According to official reports from the Government of New Zealand, as high as 1 in 5 New Zealander was a victim of online hacking. The large scale data hack of the file hosting service provider Dropbox, set over 68 million users as potential targets. The login ID and passwords of the victims is now up for sale on what is referred to as the ‘Darknet’.

The report released by NCSC

New Zealand National Cyber Security Center (NCSC) published a report presenting the extent of the cyber-attack. Of the total number of accounts hacked, over 120,000 logins have .nz domain. Contrary to the implications of such a high number, New Zealanders are grouped under ‘low risk’ bracket. Attempts from the NCSC to log into the hacked accounts proved futile as the reset passwords were complicated as they were slated and hashed.

How to prevent such similar attacks in the future?

There has been only one preventive measure- while creating a password ensure that it is strong. When users fall prey to security fatigue, they fuel the notoriety of hackers. To enforce password strength, users are advised to opt for a password manager tool and have exclusive passwords for each site they access.

Reports from the unfortunate 2014 Yahoo hack revealed that email addresses of over 130,000 users were compromised. Personal information of over 500,000,000 users was wiped out. This stunt is viewed as the largest digital hack.

A recent survey conducted showed that 20% of employees from any office were educated on the importance of secure passwords and log in. But, sadly over 20 percent were victims of hacking. Most of them made themselves vulnerable by opening phasing e-mails. It is not that users are unaware of the existence of suspicious e-mails; the problem is that most are clueless on the steps to take when they receive these.

As a preventive measure, last December, the government launched a cybercrime strategy. This included the setting up of a team committed to upholding cyber security of offices who sought assistance in educating and protective laws regarding cybercrimes. The computer emergency response team will also provide training in goof cyber practices. The government urged its citizens to protect their data by changing their passwords frequently and ensuring that the security levels are to ‘high’ on their social network accounts. No level of protection from the government will suffice if the account holders have weak walls to begin with.