Ransomware Doubled in the Second Half of 2016 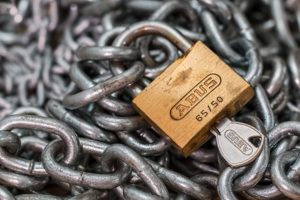 March 4, 2017 Posted in VPN Media by Australian VPN • No Comments

The recently released H2 Global Threat Intelligence Trends revealed that the number of incidents of ransomware attacks doubled in the second half of 2016, from 5.5% to 10.5%. Analysing the attack trends of cyber criminals revealed that the most common targets were mobile and banking.

Ransomware market shows a change in the landscape to include new malware players like:

This is the age of cybercrime. The pain inflicted by physical attacks is limited in comparison to the complete crippling a cyber-attack can induce. Stealing financial information is one thing, imagine the theft of personal identity. In such an unsafe world that tread towards online living than off-line, a VPN acts like a safety vest.

Virtual Private Network is the only infallible protector of online presence. These are so named because they create a virtual safe network for transmittance of online data. A remote secure server provides Internet access to the PC. All the information that’s relayed is passed through this server and is encrypted. This process of encryption is called tunnelling. Using a VPN has become an essential skill in the present scenario.

When the user is within the tunnel, even when they are connected to a free/ public WiFi service, anyone trying to pry will have a difficult time figuring out the sites accessed. Apart from offering online information protection, VPNs provide the advantage of location spoofing. Only the location of the server is known and the users remain anonymous.

Switch to VPN and bolster your online safety.