Small Businesses Prone to Cyber Attacks that Compromise Their Data 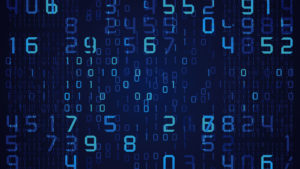 February 21, 2017 Posted in VPN Media by Australian VPN • No Comments

The number of attacks on small business is rising meteorically in recent times. An incident still fresh in the mind is that of 2015, the Blackburn-based firm attack. An innocent looking email attachment was spread to infect 12,000 files in the company’s network. The information was then held for a ransom. The firm was left with no choice but to make the payment as the files in custody were confidential ones and only the hacker held the power to decrypt them.

Such attacks give rise to an important question: Why are small companies the most prone to cyber attacks? The answer is elementary: companies which are smaller in infrastructure or cater to a limited circle of clients either are unaware of the existence of such threats or are plain incompetent to refrain from opening suspicious emails.

43% of Cyber attacks are Targeted at Small Business

According to the report published by Symantec, 1 in 4 small businesses have a high risk of cyber crime. This figure is not as severe when compared to larger business which is 1 in 2, targeted multiple times in the same year. The primary deduction from this report makes it clear that choosing the target is still arbitrary and it depends on the organization or the individual’s animosity or just a plain whim of target identification. One thing stands out here though, the target may be small or big, but every hacker is behind one thing: money.

The threat to internet security has transcended from targeting employees and is now focused on devices which allow access to the company’s security- a direct entry. The number of attacks on the Internet of Things has also rocketed since 2015; these include devices like smart TV’s, smart phones and smart watches. A common trend noticed in all these attacks was that the encrypted information was decrypted for a high price.

How Do Small Businesses Bolster Security?

The security steps have always been the same: DO NOT open suspicious email attachments if it is not from a client. Employees must complete the required orientation training in systems and network security. As with all small businesses, the primary mode of attack is phishing. Have an IT team in place should such an event occur. An IT expert will also help in understanding and mitigating the damages caused by such attacks.