How Public Shame Might Force A Revolution In Computer Security 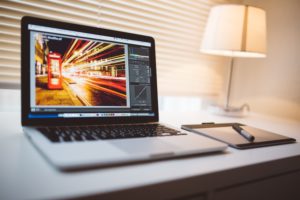 November 14, 2016 Posted in Privacy News by Australian VPN • No Comments

The true story of ‘secured’ data

The growing number of security threats and cyber-crimes makes it a matter of concern for both the government and its citizens. Even the websites of big companies like Yahoo! And Amazon.com were hacked and this indicates that no data on the internet is secure.

The cost of cybersecurity is estimated at over $75 billion every year and one might feel that online data is highly protected. But nothing could be further from the truth. In 2015, around 700 million data were reportedly stolen and in June this year, it was reported that financial companies take five to six months to fix security issues which are a long time. These reports come at a time when everything is going online. New technological advancements like The Internet of Things, which connects common objects with networks, will make it worse.

Cloud data storage like Dropbox, Microsoft’s OneDrive, and Google Drive have increased their security layers and yet they are prone to hacking. Communication tools like emails are not secure and in fact, they were never meant to be secure. But since most people, on a daily basis, communicate through email, cyber-security experts should build a tight wall around these communication tools.

The impact on cyber security

Despite the worrying data, security industries have remained optimistic and say that things are changing. Companies are trying to find different financial incentives to secure and maintain software. Insurance companies are trying to understand the risks involved in cyber-security breaches and this might help security industries with financial incentives.

The Cyber Independent Testing Laboratory (CITL) is a nonprofit organization that helps users choose the right software by comparing and scoring them. The CTIL, funded by the Air Force Research Lab and the Ford Foundation are in talks with the insurance companies to use its data. Hopefully, this will help companies from spending too much on cyber breaches.

CTIL founders Peiter Zatko and his wife Sarah are in the hopes that the data provided by CTIL will help companies and startups take the right decision on security. They have already made a comparison between common software for Apple computers. This finding has helped many people choose the correct web browser with maximum security.

Cyber security experts have realized that cyber-crimes have increased exponentially and are waking up to the growing threats. The data from CITL and the involvement of insurance agencies is sure to improve the condition of network security.