Get a VPN, says Aussie Senator 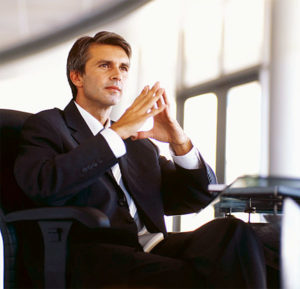 March 9, 2017 Posted in VPN Media by Australian VPN • No Comments

You heard that right! Aussie Senator from Liberal Democratic Party for New South Wales, David Ean Leyonhjelm was brutal in expressing his opinion about the proposed amendment by the government on interactive gambling laws.

Australians spend an average of $1,000 per person which is higher than anywhere else in the world. It is estimated that 80% of the population are involved in gambling, in one form of the other, making it the highest rate in the world.

With the Australian government tightening the noose on online gambling and gaming sites, with the Interactive Gambling Bill, it isn’t a surprise that not everyone is on board with its decision. Australian Online Poker Alliance was formed recently to fight for safe and online poker in Australia. David Leyonhjelm is also against the new bill that got introduced recently. He also making his own amendment to make sure online poker gets excluded from the bill.

The senator is trying his level best to change the decision of the government. However, he stated that should he fail to do so, the players should defy the government and continue playing online with the help of a VPN and off-shore accounts.

According to the new amendment, services offering online gambling sites will be considered as a black market and hefty fines will be levied on the operators if they continue to do so. In the past, various ministers have openly supported using VPNs to get around government bans. As the country doesn’t offer licenses for online poker, respectable operators have to withdraw to avoid getting into trouble.

Even though the government is aware that Australians won’t have access to alternatives once the ban is in place, the momentum of the Interactive Gambling Amendment Bill hasn’t slowed down.

Even the Aussie senator supports the use of VPNs. Why should you be getting a VPN? Here are a few reasons that further supports its use.

Why should the government know what you are doing at home? You should have complete freedom with regards to internet surfing.

There isn’t any sound reason as to why Aussies can’t access Netflix completely. Many shows aren’t available in Australia. Australians are more than capable of paying for Netflix.

The use of VPNs has become more omnipresent than ever. It’s safe, fast, and light on your pocket. Access everything you want with VPNs.